“I was excited to try out ‘heavy icebreaking mode’ and really impressed by the results,” he said.

“It was our first experience at manoeuvring the ship in that mode. We just imagined that we were accelerating into ice. Now all we need is some ice.”

During the delivery voyage, the crew of RSV Nuyina tested the ship’s propulsion capabilities while in transit through the Atlantic and southern Indian Oceans.

“For an efficient cruising speed, we’ve found 12 knots to be probably the most economical, and the ship’s designed to cruise at a maximum speed of 16 knots,” said Capt O’Doherty.

“The MAN 32/44CR diesels are very similar to an engine you’d find in a large truck, except just bigger. A lot bigger.”

“It’ll be interesting to see how the ship performs down in Antarctica in ice, that’s what we’re all looking forward to. We’ve done our proving trials now and we’ll see how it performs in real life,” Mr Grieve said.

Icebreaking trials are planned to be undertaken in Antarctic sea ice this summer, with Nuyina designed to break up to 1.65 metres of ice when travelling at 3 knots.

‘Heavy icebreaking mode’ relies on the combined power of diesel engines and the Advanced Electric Drive in a hybrid diesel-electric propulsion system, producing a total of 26,600 kilowatts.

Tony Grieve said that while Nuyina’s propulsion system is found on most modern vessels, the key difference is its icebreaking capability.

“What happens in icebreaking mode is the main reduction gearbox has an ice flywheel. When this starts spinning, it adds a 7-tonne mass to the 8.7 tonnes of crankshaft weight in the engine to give the shafting system more momentum.”

“The flywheel is used for icebreaking, and then on top of that, for heavy icebreaking we can engage the diesel-electric from the generators through the Advanced Electric Drive to give us maximum power,” Mr Grieve said.

RSV Nuyina is owned by the Australian government, and will be operated and maintained from its home port of Hobart by Serco Australia.

Captain Gerry O’Doherty said while many of the crew have sailed south before, some are looking forward to their first Antarctic encounter.

“We’ve managed to bring quite a few people across from Aurora Australis to work with Serco on RSV Nuyina, nearly fifty percent of the crew.”

“They bring with them all of the experience learned from their work with the Australian Antarctic Division over the years,” Capt O’Doherty said. 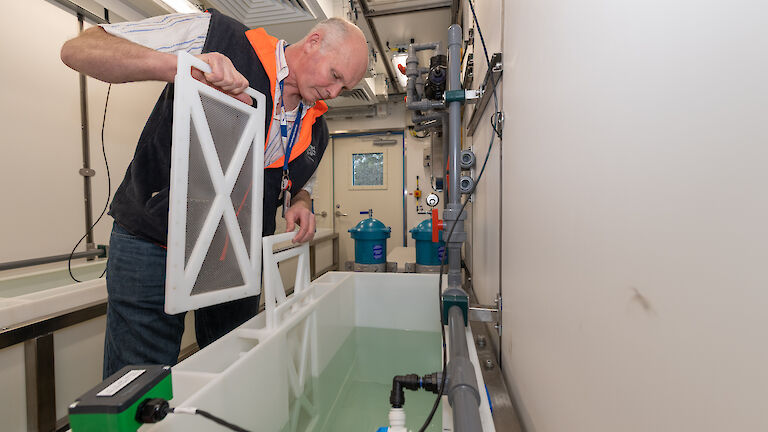 In a world first, two unique aquariums for Antarctic krill are ready to be deployed on Australia’s new icebreaker, RSV Nuyina, when the ship arrives… 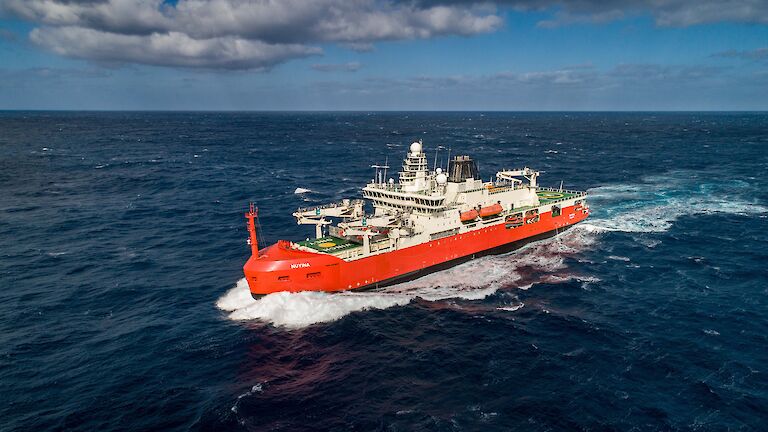 Antarctic and Southern Ocean researchers are eagerly awaiting the arrival of new Australian icebreaker RSV Nuyina, with its ‘tool kit’ promising to…