The Antarctic continent is a land mass covered with ice up to 4km thick. The highest point is approximately 4km above sea level. There is little exposed rock and, although millions of years ago there was heavy vegetation, today the only plants that grow are very small mosses and lichens. Antarctica is the highest, driest, windiest and coldest continent in the world.

Antarctica is the driest continent on earth. The amount of moisture received by the polar plateau is comparable to that falling on the world’s hot deserts.

Antarctica is the windiest continent on earth. Winds flow down the coastal slopes under the influence of gravity. These katabatic wind speeds have been recorded at up to 327km/h. For more information, see Antarctic weather — meteorology.

Antarctica is the also coldest continent on earth. The lowest temperature ever recorded on earth was −89.2°C at Vostok, in the Australian Antarctic Territory, in 1983. For more information see Dome Argus (the coldest place in the Antarctic Territory) and wind chill.

Including all the islands and ice shelves, Antarctica is nearly twice the size of Australia, covering 13,661,000km². The Australian Antarctic Territory is 5896,500km² (42% of Antarctica).

The closest country to Antarctica

South America, the point of which is shared by Argentina and Chile, is the closest continent to Antarctica. At the tip of the Antarctic Peninsula, 1238km south of Ushuaia (the southern-most city of Argentina) is the Argentinian station Vice Comodoro Marambio.

In contrast, the distance between Hobart, Tasmania (where the Australian Antarctic Division is situated) and Australia’s closest station, Casey, is 3443km.

For more information see our pages on the Antarctic Treaty system. 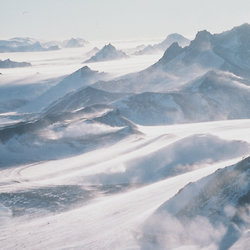 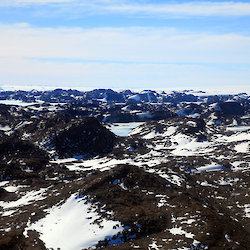