Seals and sea lions are one of the few groups of marine mammals that live in the Antarctic.

There are two natural groups of seals, true (earless) seals and fur seals which have small flaps over their ears, and are related to sea-lions.

Four of these species are ice-habitat specialists, breeding on the sea ice in spring. Leopard and Ross seals tend to be solitary, whereas Weddell and crabeater seals form breeding groups or colonies.

The other two species — Antarctic and sub-Antarctic fur seals, and southern elephant seals — are both found north of the pack-ice zone and breed in dense colonies on beaches. Here, dominant males (bulls) maintain harems of females (cows). During the breeding period, competition for the harems is intense, so the bulls will not leave their territory to find food. Instead they rely on blubber reserves.

Seals are carnivorous and, depending on species, eat fish, squid or krill. The leopard seal will also eat penguins and other seals. Seals can dive to more than 600 metres in search of food and have specially adapted eyes for underwater vision in low light levels. While underwater, seals call to one another, and this can sometimes be heard above on the ice.

Seals spend much of their time under the sea ice in Antarctica, experiencing the relatively ‘warm’ sea temperatures. No matter how cold the air temperature is, the temperature of the sea is relatively constant, varying from only 1.8 to 1ºC around Antarctica.

Seals catch most of their prey under water, but spend some time on land or ice floes giving birth, raising their young and basking in the sun. On land they are quite ungainly but in the water they are very graceful and are excellent swimmers. Seals are well adapted to cold polar environments with thick blubber layers that act both as a food reserve and insulation. Most seals also have a layer of fur, giving additional insulation on land.

Antarctic seals have no native terrestrial predators and therefore behave very differently from the northern hemisphere seals. They show little fear of humans.

Studying seals is not always a straightforward process. Crabeater, Ross and leopard seals are very difficult to find as they breed on the ice in a different location each time. Biologists have started to overcome this problem by placing radio transmitters on seals to send signals which are tracked via satellite. However, the seals moult each year — shedding their fur and their radio transmitters — so the maximum information biologists can obtain by this process is limited to only one year in the life of the individual animal. 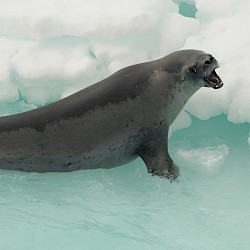 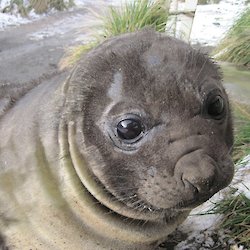 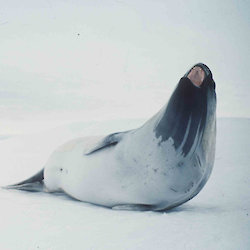 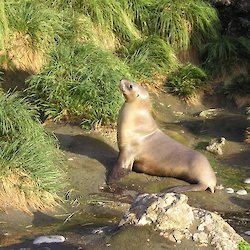 Weddell seals
This page was last updated 2 years ago on 20 March 2018.