Antarctic Modernisation Branch Manager, Rob Bryson, said they will be used to transport up to 45 tonnes of cargo each, in ship-to-shore operations.

“The barges will be our primary link between the ship and shore as we don’t have wharves or jetties in Antarctica,” Mr Bryson said.

“We’ll be able to ride them up onto the beaches and discharge cargo or drive our trucks straight on to the shore.”

Each barge will be able to travel at eight knots, in calm seas, with two 448 kilowatt (600 horsepower) engines and a water jet propulsion system to provide greater manoeuvrability than propellers.

As an added complexity, the barges need to operate in temperatures as low as −30°C and up to 45°C.

Fortunately, ship builder Phil Taylor, and his team at Taylor Bros in Hobart, have 83 years of experience building and outfitting complex vessels, including naval patrol vessels and warfare destroyers, oiler ships, yachts, and other Antarctic barges.

“One of the first jobs I ever did for the Antarctic Division was in 1980, converting the first landing barges they had,” Mr Taylor said.

“There were four outboards strapped across the back of each barge and they were pretty uncontrollable, so we turned them into jet powered barges, similar to what the Division uses today.

“These new barges are a step up and it’s been a challenge to balance all the requirements, including operating temperature range, speed, stability, load and fuel carrying capacity, and structural strength.”

Mr Taylor said the 12-person team working on the barges have skills in naval architecture, engineering, aluminium fabrication and welding, pipe fitting and welding, and mechanics.

“We’ve had a lot of experience with Antarctic projects and we’ve learnt a lot from working in a cold climate. There’s always challenges but that’s what we like here, doing something different,” Mr Taylor said.

“The barges will directly complement Nuyina because they’re literally made for each other. We’ve taken a ‘systems approach’ to the ship and all its support watercraft so that they will work together and interact seamlessly.”

He said the landing barges will be a key component of the Australian Antarctic Division’s 10-year station and infrastructure upgrade program, announced in April.

“Being the key ship to shore connector, the barges will be the ones doing all the heavy lifting of all our cargo to build the stations of the future.”

Read more about the fleet of small watercraft in More than a ship. 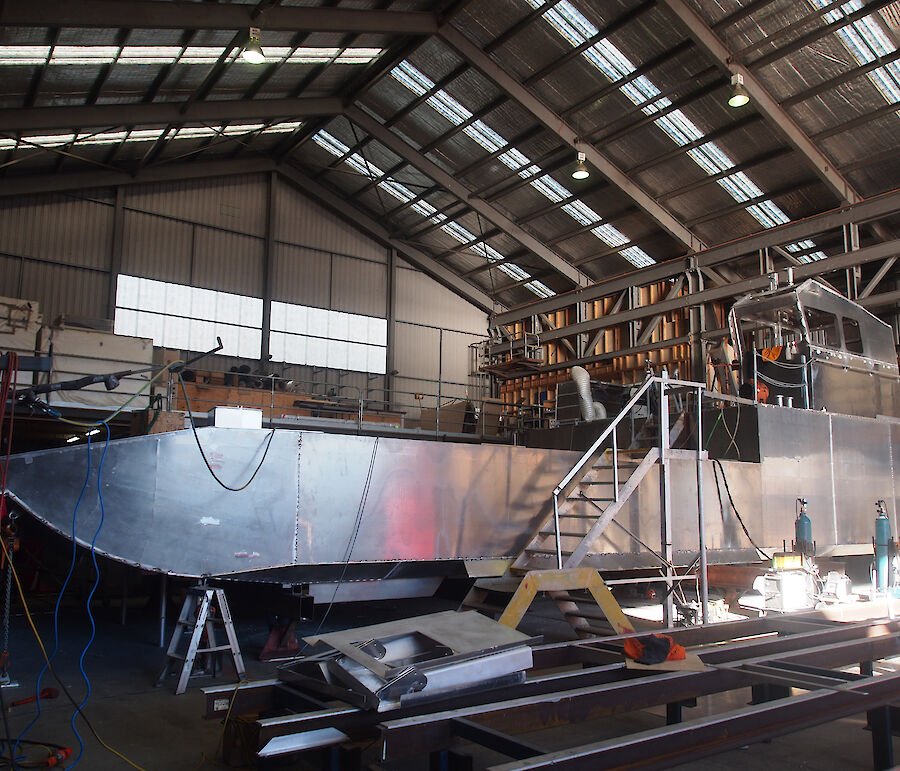 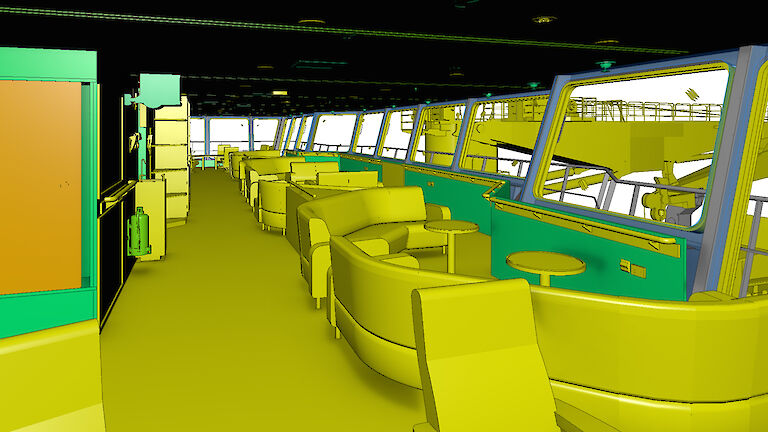 Australia’s Antarctic icebreaker RSV Nuyina is being readied for ‘harbour acceptance trials’ next month and receiving a final coat of paint. 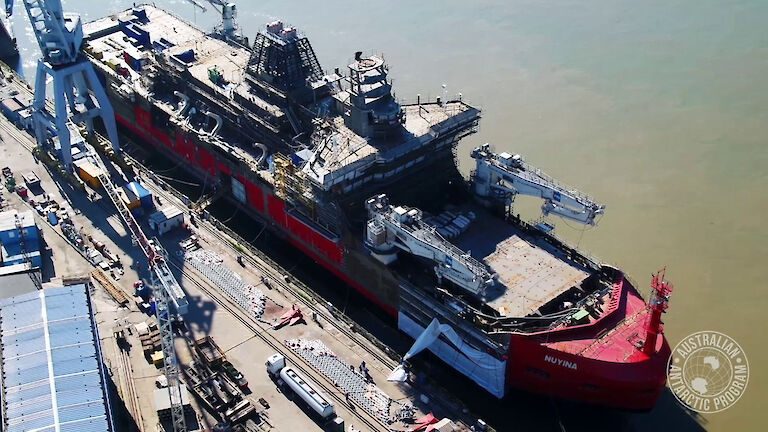 Antarctic icebreaker RSV Nuyina is being put through its paces with a barrage of tests on the propulsion, bilge, ballast and other auxiliary systems.