A new interpretive walking trail called ‘Antarctic Explorer’, in the home of RSV Nuyina on Hobart’s waterfront, offers a virtual journey south as this year’s expeditions are set to commence.

The experience takes people on an imagined voyage to Antarctica, in the lead-up to the official welcome of Australia’s new icebreaker RSV Nuyina in late December.

Minister for the Environment Sussan Ley said the initiative showcases the recently arrived RSV Nuyina and the activities of the Australian government’s Antarctic program.

“The $1.9 billion investment in RSV Nuyina over the next thirty years is a clear symbol of Australia’s Antarctic ambition and a quantum leap forward for our scientific research capacity,” Minister Ley said.

“The early feedback we’re getting from visitors to the waterfront is a high level of interest in Antarctica, and particularly in RSV Nuyina.”

“Operating from Hobart over the next three decades, RSV Nuyina heralds a new era for Australia’s engagement and leadership in Antarctica and the Southern Ocean,” Mr Ellis said.

The installation was developed by the Media & Communications team at the Australian Antarctic Division, in collaboration with TasPorts and the City of Hobart.

The walking trail follows a string of specially designed displays that mimic shipping containers and act as exhibition spaces for objects (such as Antarctic expeditioner clothing) and augmented reality.

Four mini-containers provide information to visitors about life on each research station – Casey, Davis and Mawson in Antarctica, and sub-Antarctic Macquarie Island.

Two different-sized 3D models of RSV Nuyina are activated on smartphones with a QR code. A life-sized 3D model provides viewers a virtual experience of standing next to the ship on the wharf.

A number of ‘portals’ open windows to the wildlife and environment of the Southern Ocean and Antarctica, through ‘augmented reality’ viewable on smartphones.

Icebergs can be seen through stereoscopic viewers.

For those not able to visit the installation in Hobart, an ‘Antarctic Explorer’ app is available for download from the App Store and on Google Play.

Lord Mayor of Hobart, Cr Anna Reynolds, said that the new walking trail brings Antarctica to life for people of all ages.

“Hobart is the proudest city in Australia to be home to the world’s best icebreaker.”

“As well as being immensely important to our identity, Hobart’s role as an Antarctic gateway also supports employment opportunities and brings economic benefits to our city,” Cr Reynolds said.

TasPorts CEO Anthony Donald said the Antarctic Explorer installation is a fantastic activation of Hobart’s iconic waterfront for the community.

“The Port of Hobart has a proud legacy of being the home port for the Australian Antarctic Division’s research vessels.”

“We are excited to host the installation within the port precinct and provide our local communities with an interactive insight into the Antarctic world,” Mr Donald said.

The opening of ‘Antarctic Explorer’ coincides with the #EXPOS exhibition at the Waterside Pavilion in Mawson Place, featuring photographs by Australian Antarctic expeditioners living and working on research stations.

The #EXPOS exhibition continues until 31 October. 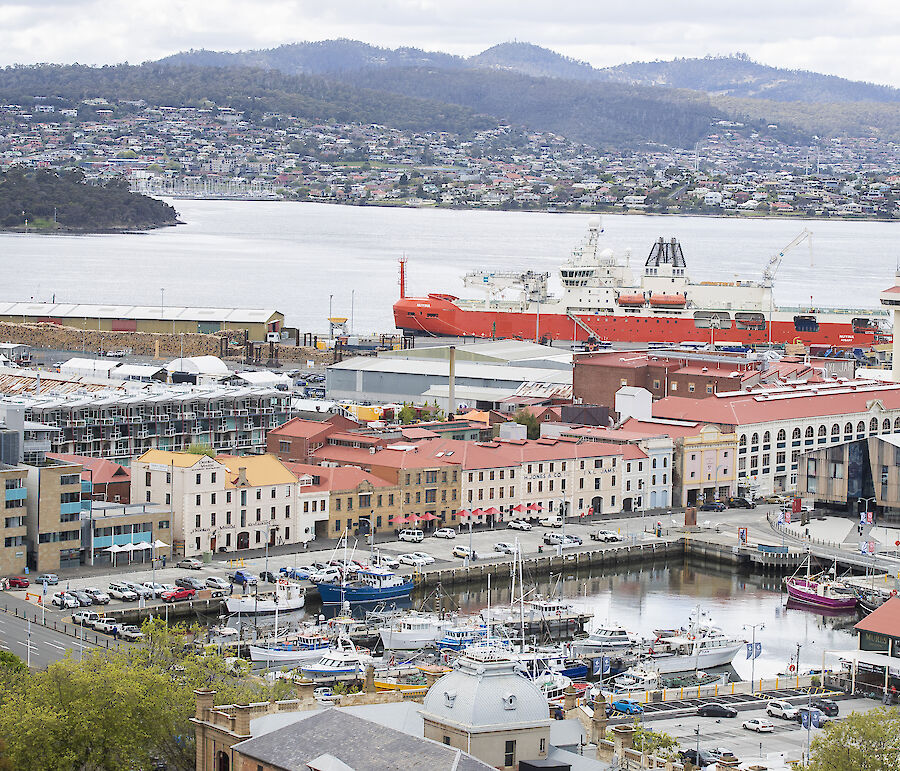 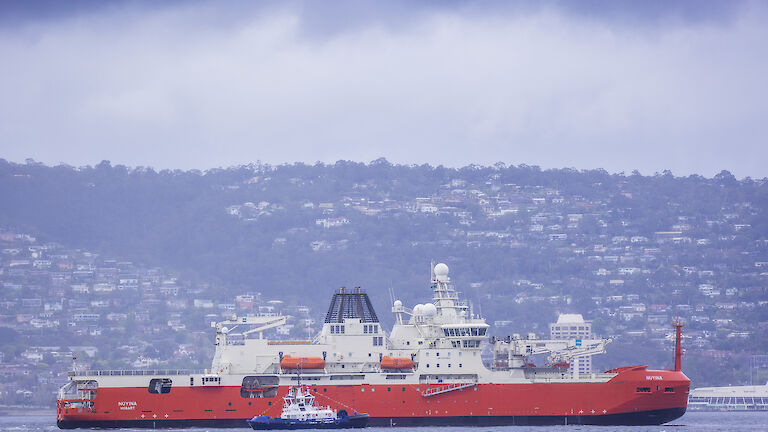 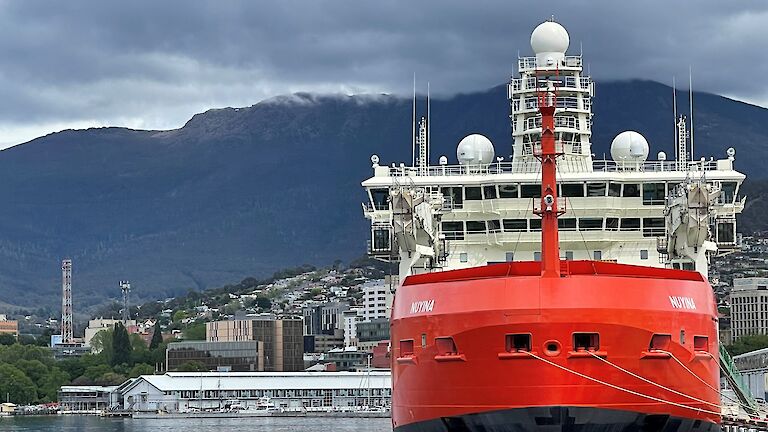 The commissioning and trials phase of Australia’s new icebreaker RSV Nuyina has commenced and will continue for at least two years.