Data collected by Nuyina’s multibeam echosounder will be used to develop navigational charts and detailed maps of the Southern Ocean seafloor, off Australia’s Antarctic stations and between Australia and Antarctica, as part of a newly signed agreement with the AusSeabed initiative.

These charts and maps will in turn feed into the Nippon-Foundation-GEBCO Seabed 2030 project, which aims to develop a definitive map of the world’s ocean floor by 2030.

The Antarctic Division’s Data Centre Manager, Johnathan Kool, said the ship’s deep-water echosounder directs pings of sound at the seafloor, which bounce back to reveal what it looks like.

“We can map more than 10 kilometre-wide swaths at a time, collecting as much information as we can while Nuyina is in transit to Antarctica, undertaking science in the Southern Ocean, or operating near our stations,” Dr Kool said.

“The raw data from the ship will be stored in the Antarctic Division’s systems, and our collaborators through AusSeabed, such as the Australian Hydrographic Office and Geoscience Australia, can turn this into navigation charts or bathymetric maps for research purposes, and integrate these into a larger national collection.”

The data will assist the Australian Antarctic Program’s and the broader Antarctic community’s research and operational activities.

“The navigational charts will improve the safety of vessels and anchorage planning around Australia’s Antarctic and sub-Antarctic stations,” Dr Kool said.

“Seabed bathymetry provides information about habitat that can be used in managing Southern Ocean fisheries, or in research planning – such as where to deploy seafloor instruments to study krill.

“This is a great example of national and international collaboration that will help address problems that are too big for any one country to solve.” 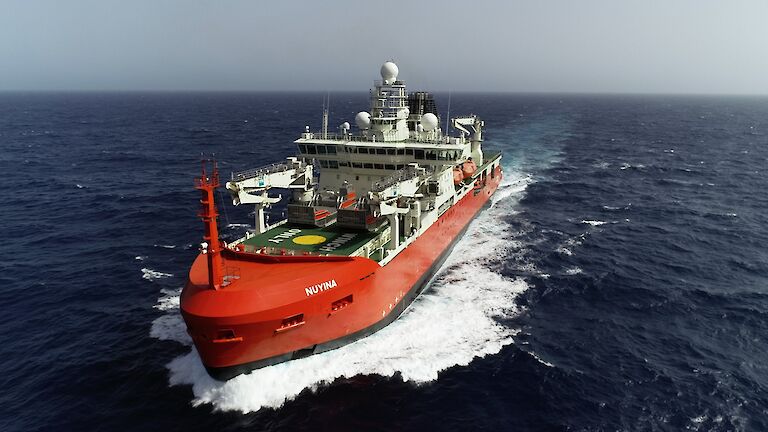 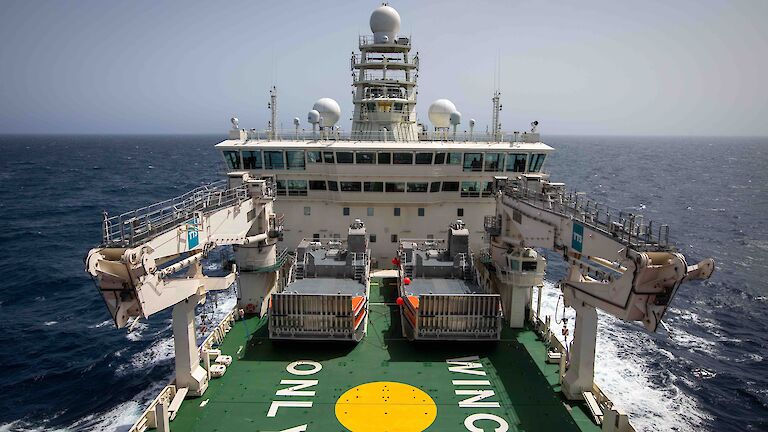 Nuyina muscles up for heavy lifting