Science at the speed of light

Deep ocean systems on board Australia’s new icebreaker, RSV Nuyina, will be enhanced with data transfer speeds up to 120 times faster than current fibre to the premises technology, thanks to four new fibre optic tow and instrument cables installed on the ship.

Boasting speeds of at least 12 Gigabits per second, the fibre optics will provide scientists with real-time data and high resolution video of the Southern Ocean sea floor and water column, down to 6000 metres.

The four cables also include copper wires to deliver power to cameras, lights, submersible vehicles, acoustic net releases and other marine instrumentation. An external armour of galvanised steel provides mechanical strength to each cable, enabling the use of various payloads.

Australian Antarctic Division Electronics Lead Engineer, Kym Newbery, said two 7600 metre cables will be used to deploy the Conductivity Temperature Depth (CTD) rosette and other oceanographic instrumentation from the starboard side of the ship and through the moon pool.

The other 4900 metre and 8100 metre cables will be spooled from winches at the stern of the ship.

“The cables are similar to the deep sea cables criss-crossing the oceans, used to deliver power and communications around the world.”

While the cables themselves are an impressive example of engineering design, it is at their termination point, connecting to the electronics at the bottom of the ocean, where the real design challenge occurs.

In fact, it’s so important Mr Newbery’s team has coined its own acronym for the project – the Nuyina Underwater Towed Termination System, or NUTTS.

“The cables will pass through a ‘penetrator assembly’ attached to end caps that will then screw on to a cylindrical pressure housing made of titanium, containing our electronics,” Mr Newbery said.

“The pressure housing, endcap and penetrator need to withstand up to 700 bar of pressure – 700 kilograms per square centimetre – otherwise seawater will leak in, atomise and destroy the electronics. It can also make its way back up the cable.

“We’ve spent hundreds of thousands of dollars on these cables and winches so the stakes are incredibly high. We can’t afford to test the pressure housings for the first time at depth, on the ship, in the middle of the ocean; we need to test and validate them in a separate facility and be able to tweak the design if it doesn’t work.”

To do this the team has commissioned deep-sea systems experts, Ron Allum Deep Sea Services, to design and test the method of connecting the cables to the pressure housings.

The Sydney-based company designs, builds and pressure-tests specialised underwater systems for science and Defence. The company’s founder co-designed and built Director James Cameron’s submarine Deepsea Challenger, which took him to the ocean’s deepest point, 10,907 metres into the Mariana Trench.

“So they’ll be able to test the end-cap design, tweak it if something goes wrong, and retest it.

“Once we know the caps work, they will be permanently attached to the cables and we’ll only need to swap the electronics.” 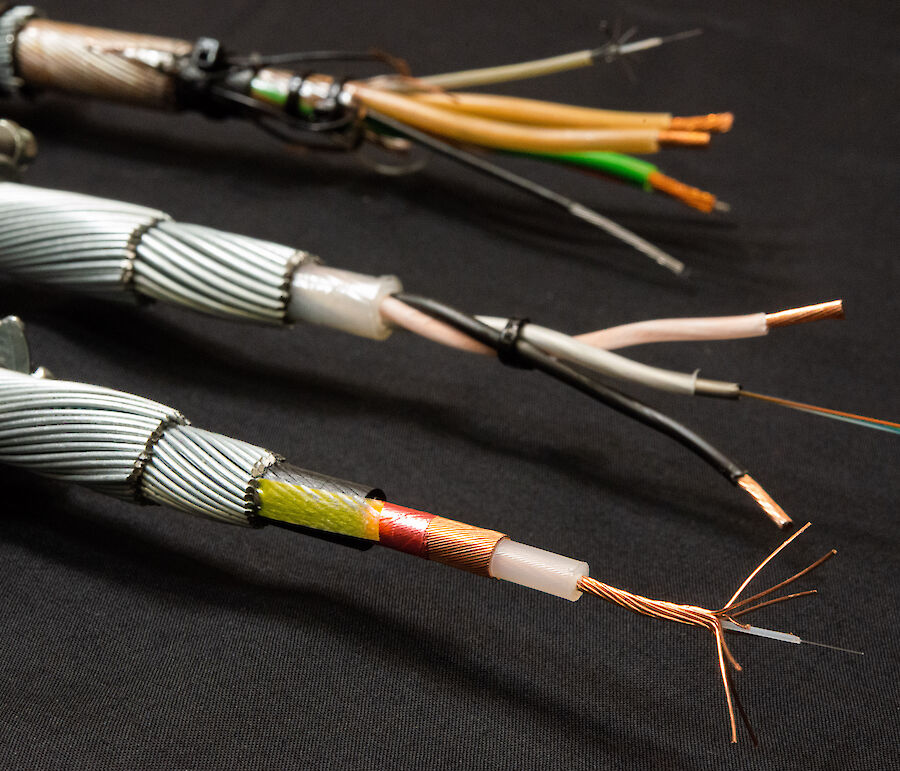 The three types of electrical-optical-mechanical cables to be used on the RSV Nuyina. The lower, front cable shows an optical fibre in the centre of copper wires that will deliver power. Two of these cables will be used in the CTD room. The middle and rear cables have 6 and 3 optical fibres respectively and will be installed on specialised winches at the stern of the ship. Photo: Simon Payne 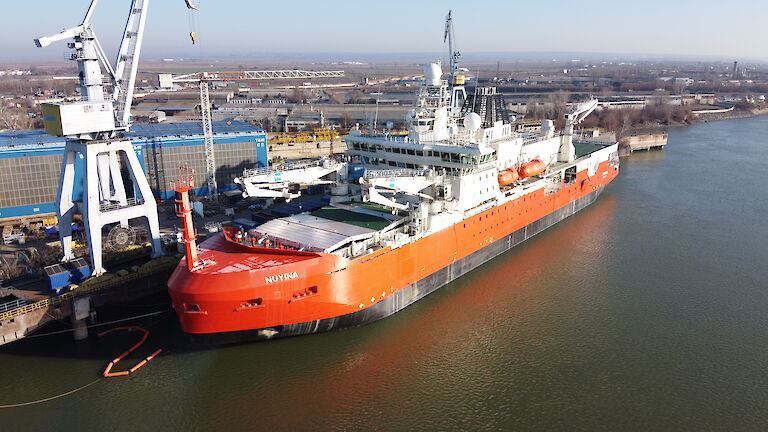 The propulsion system of Australia’s icebreaker, RSV Nuyina, has heaved to life with the turning of the starboard propeller for the first time. 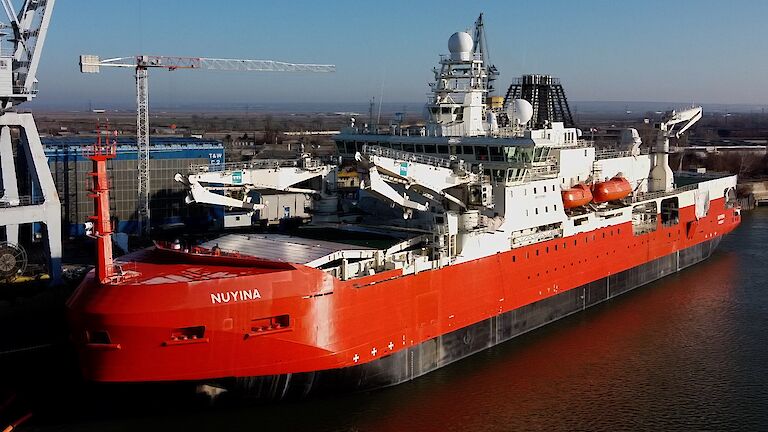 The arrival of Australia’s new icebreaker RSV Nuyina to its homeport of Hobart has been delayed by 19 weeks.