Antarctic icebreaker RSV Nuyina has a hidden doorway to the ocean that enables deep sea science, even when the ship is surrounded by ice.

The moon pool is a 13 metre vertical shaft, four metres square, that runs through the ship’s hull to the ocean.

When its top and bottom hatches are opened, the moon pool allows the deployment of oceanographic equipment such as CTDs (conductivity, temperature and depth instruments), nets, and robotic vehicles, within the relative comfort and protection of the ship.

On Nuyina’s first Antarctic voyage, Michael Santarossa, Technical Services Manager at the Australian Antarctic Division, is overseeing testing of the moon pool and the deployment of the first CTD through it.

“Vessels have had moon pools for many years. However this is a first for the Australian Antarctic Program,” Mr Santarossa said.

“Traditionally we’ve deployed CTDs through a side door, but when we’re surrounded by sea ice that’s not possible, so the moon pool is an important addition to our research capability on this new icebreaker.”

“On this voyage I’m here to confirm that we have equipment that will serve the scientists using this vessel over the next 30 years.”

For the first ever deployment of a CTD through Nuyina’s moon pool to the seafloor, 2600 metres below, acousticians, technicians and engineers were on hand to monitor the operation and ensure the instrument’s safe return.

While the CTD is a robust instrument – consisting of a rosette of water sampling bottles in a steel frame – hitting the seafloor is generally not part of the plan.

“Antarctic scientists are pretty keen to sample Antarctic Bottom Water that’s normally found, as the name suggests, close to the bottom, so you have to test your nerve a bit and lower the package pretty close,” Mr Santarossa said.

To ensure the CTD didn’t hit the bottom, acousticians used the ship’s multibeam echosounders to build a map of the seafloor beneath the ship and determine its depth.

A pair of altimeters on the CTD also provided distance to the sea floor as the rosette descended, while a pressure sensor on the instrument provided another measure of depth.

While not yet implemented, the winch cables used to lower the CTD contain optical fibres which, in the future, will allow scientists to attach high definition cameras to the CTD to visualise the sea floor.

This will not only reduce the chances of instruments hitting the seafloor, but allow scientists to see the seafloor habitat and have visual control of autonomous vehicles and other equipment.

For now though, lowering the CTD to five metres above the seafloor at a depth of 2600 metres and retrieving it without incident, is success.

“We tested our nerve, we got down there and all the systems worked,” Mr Santarossa said.

Capabilities on RSV Nuyina such as the moon pool will help Australia extend its scientific leadership and reach in the Southern Ocean, by enabling research access with sensors and technologies to areas not previously available. 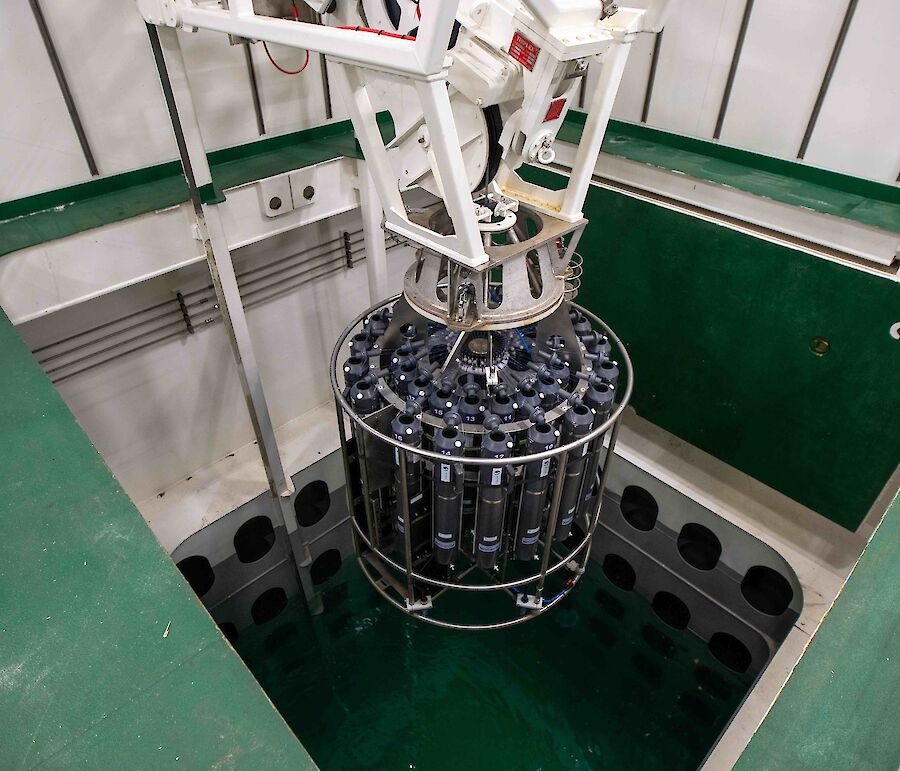 The CTD rosette is lowered into the moon pool on RSV Nuyina Photo: Pete Harmsen/AAD 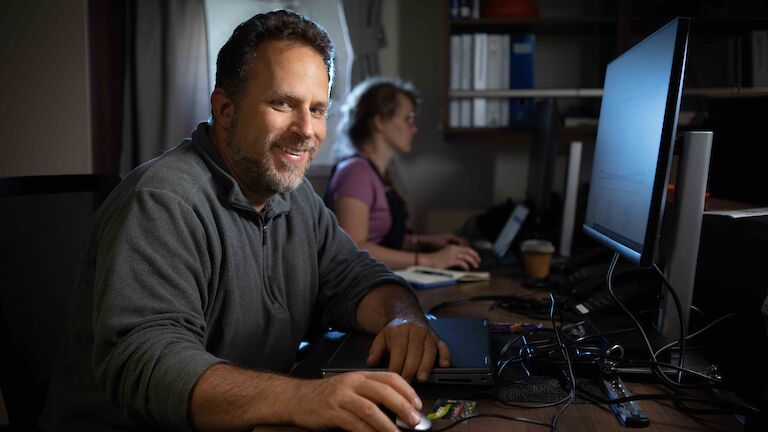 A floating Internet of Things 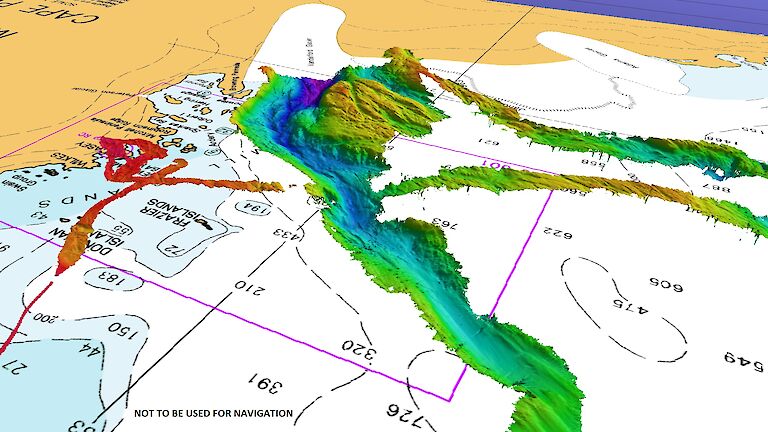