The icebreaker, RSV Nuyina, is the main lifeline to Australia’s Antarctic and sub-Antarctic research stations and the central platform of our Antarctic and Southern Ocean scientific research.

Nuyina enables us to cross thousands of kilometres of the world’s stormiest seas, navigate through Antarctica’s formidable sea ice barrier, and live and work for extended periods on the coldest, driest and windiest continent on earth – some of the harshest conditions in the world.

Nuyina is the Australian Government's centrepiece of the Australian Antarctic Strategy and 20 Year Action Plan launched on 27 April 2016. The $1.9 billion package covers the design, build and 30 year operational and maintenance lifespan of the icebreaker, representing the single biggest investment in the history of Australia’s Antarctic program. The ship itself cost $528 million to design and build.

Explore the different sections of this website to learn more, and take a deck-by-deck look at the ship in our multimedia feature Ship of the Future. 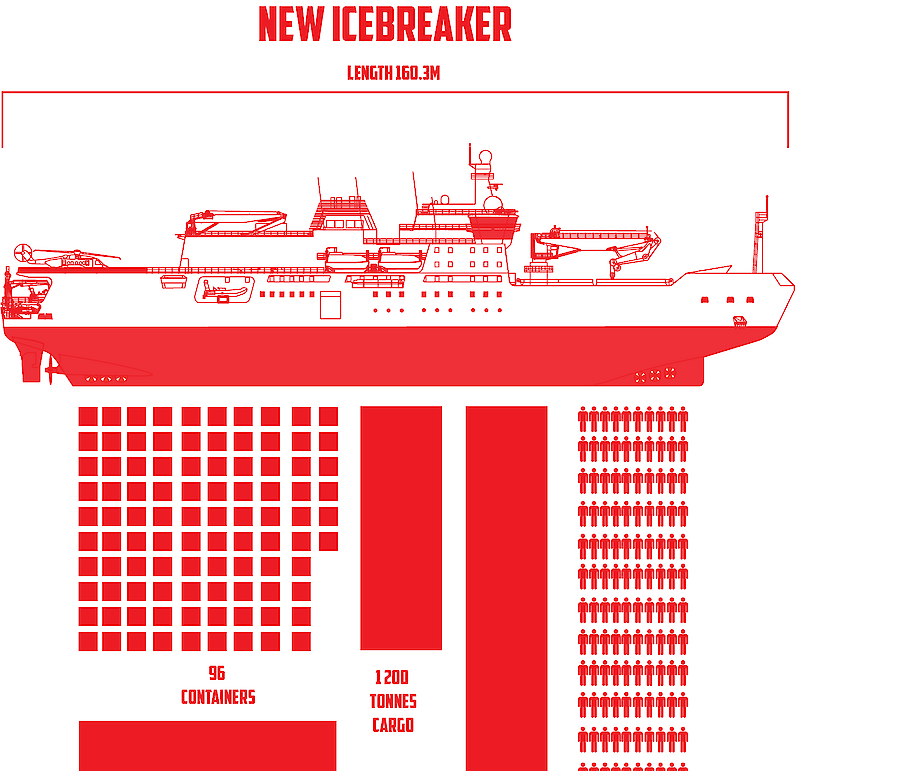