Not all science on RSV Nuyina is conducted in the ocean or sea ice. A range of meteorological measurements and atmospheric research is also conducted from the upper decks (check out the video below for an overview).

Meteorological measurements support forecasting and climate information services such as those provided by the Bureau of Meteorology and the World Meteorological Organisation for weather and shipping forecasts and climate modelling. Meteorological data such as sea ice properties, temperature, wind speed and wave heights are also important for the day-to-day operation of the ship at sea.

Atmospheric research includes studying interactions between the atmosphere, ice and ocean, which help us understand large-scale patterns of climate variability that can influence weather and climate in Australia and other parts of the world. Atmospheric research incorporates meteorological data, but also relies on specialist instruments to study aerosols, clouds, gravity waves, cosmic rays, ozone and ozone depleting substances.

To support the meteorological and atmospheric science needs the ship includes:

The upper and heli decks also have capacity to accommodate emerging and anticipated future research needs, including the launch and retrieval of Uncrewed Aerial Vehicles and tethered devices such as kites and balloons. The upper deck has space for four 20 foot containers to house specialist laboratories and other equipment such as a LIDAR (light detection and ranging) instrument, used to study climate in the middle atmosphere (10–100km above).

The weather radar is an X-band (3.2 cm), dual polarization, offset feed, Doppler weather radar designed to produce research quality data. It features a high-power, pulsed, magnetron transmitter, a digital IF processor, a 1-degree beam-width dual polarity antenna that is steered by a dual axis pedestal. It has a maximum range of 256 km. The weather radar data is provided to the science data management system (SDMS).

Sensors for measuring meteorological and atmospheric parameters are located in various areas of the ship that have unimpeded access to factors that they measure. These areas include: 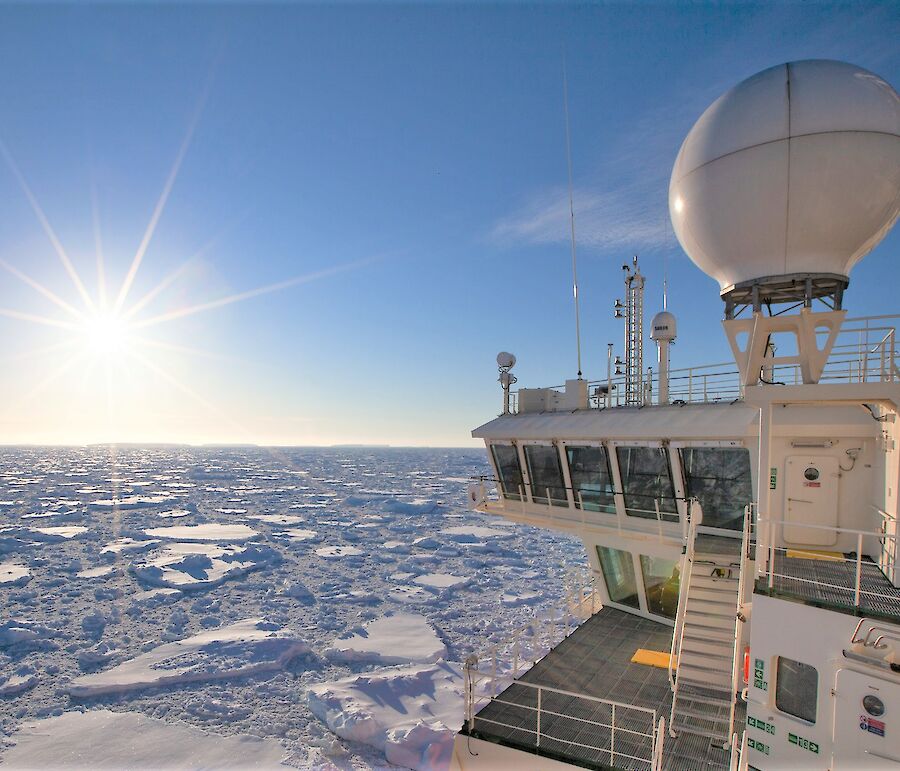