Nuyina can carry a whopping 1200 tonnes below decks, in up to 96 20-foot shipping containers.

The 2 below-deck holds, however, are the workhorses of station resupply. These two forward holds can carry 48 containers each. Hold number 1 is designed for dangerous cargo (such as drums of aviation fuel), while hold number 2 can accommodate 48 shipping containers or a mix of containers and oddly-shaped cargo, such as heavy vehicles. There is additional storage in the holds for smaller items around the container locations, and further containers and very large items can be carried on the cargo hold hatches.

This cargo capacity is a major increase on the 19 containers that could be carried by Aurora Australis, and enables the resupply of 2 stations in one voyage, rather than one at a time.

To move all these containers and heavy equipment around, the Nuyina has two 55 tonne ‘knuckle-boom’ cranes that can be used in rough seas, a 15 tonne crane on the heli-deck and a 15 tonne side-loading crane that can move containers from the wharf to the science aft deck.

Nuyina can carry up to 1.9 million litres of fuel – enough to refuel 2 stations. To facilitate over-water and over-ice refuelling operations the ship has a ‘dynamic positioning system’, which allows the ship to hold its position in high winds, tides and dynamic sea states. This means the ship can can safely continue conducting resupply and refuelling operations in bad weather without needing to wait for the weather to improve. 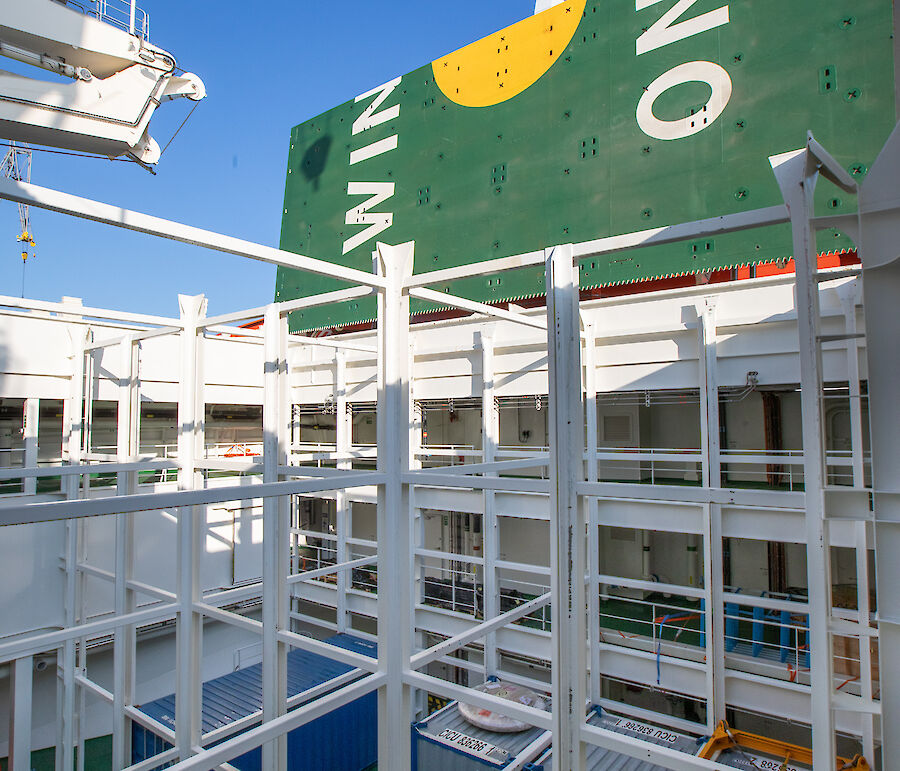 The forward hold of Nuyina has space for 96 shipping containers or a combination of containers and bulky cargo. Photo: Pete Harmsen