Nuyina’s home port in Hobart, Tasmania, Australia is a scientific hub like nowhere else in the world.

Well known as an Antarctic gateway city, Hobart is an Antarctic science, education, research and logistics hub. It is home to the world’s highest concentration of Antarctic and Southern Ocean research scientists.

Nuyina is berthed only 5 minutes from Hobart's city centre. Hobart's port has a dedicated Antarctic and cruise terminal which also houses a world class Antarctic Cargo and Biosecurity Centre.

In addition to the Australian Antarctic Division, Hobart is home to numerous Antarctic organisations and facilities including:

These agencies employ numerous scientists and technical staff, making Hobart the world’s largest centre of cold climate expertise and research. They also support the development of postgraduate students who are the next generation of Antarctic scientific researchers. 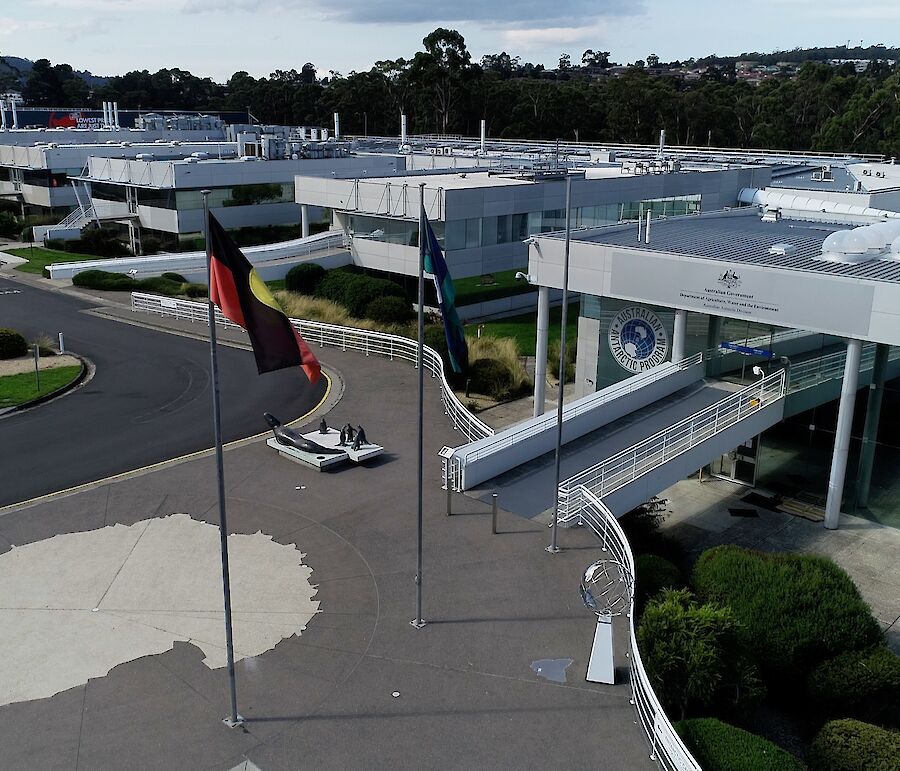