Pollution is one of the most visible effects of human occupation across the planet. Whether in the most remote of deserts or the busiest of cities, we see the discarded signs of human habitation everywhere. Vehicle exhaust emissions, sewage, household refuse and chemicals litter the landscapes and pollute the oceans.

The fact that Antarctica is one of the cleanest places on earth makes it an ideal location for measuring the spread of global pollutants. It is also one of the first places on earth where the effects of increased atmospheric carbon dioxide are being seen, and hence has a central role in research into global climate change.

Minute traces of man-made chemicals used in other parts of the world are now being detected in the snow that falls over the region. Some of these chemicals can become concentrated in the bodies of local wildlife, such as seals, penguins and whales, and can be harmful to these animals in the long-term.

In Antarctica, as elsewhere, it is not possible for people to visit without leaving some evidence of their presence, no matter how careful they are. The construction and operation of over fifty Antarctic stations on the continent has made an obvious, although localised, impact on the environment.

In attempting to deal with the problems associated with our impact on the Antarctic environment, Australia established a multi-disciplinary research program to focus specifically on understanding and minimising the effects of our presence in Antarctica.

Like many countries operating in Antarctica, Australia has inherited problems resulting from the way we used to build and operate our stations in the past.

The AAD takes special precautions to minimise the impacts of our presence in Antarctica, with stringent environmental guidelines applying to all operations on land and at sea.

Expeditioners receive environmental training, and are urged to be mindful of the effects that each of their activities can have on the environment. 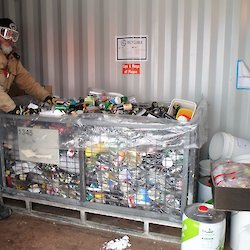 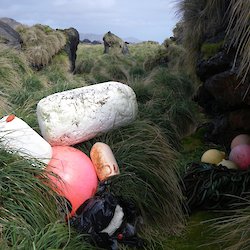 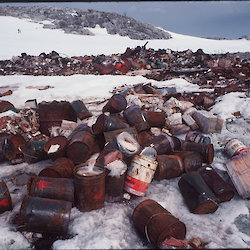 Terrestrial pollution
This page was last updated 8 years ago on 24 August 2012.